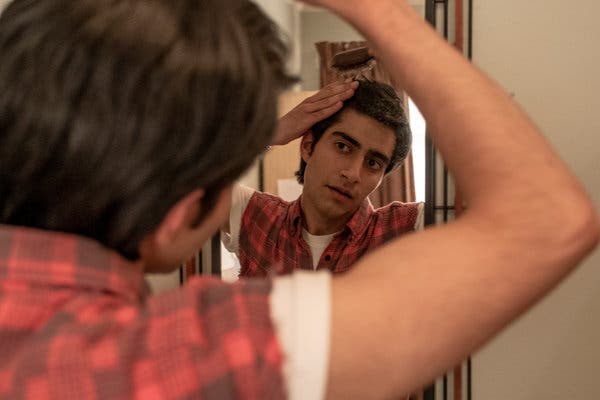 Knowing where this feel-good story is going and how it’s all going to end is not particularity a flaw, since it’s literally impossible not to enjoy the heart of this movie. With Durinder Chadha’s direction there is a kindness and attempt at sincerity, which touches every aspect of the film. She even puts a majority of Springsteen’s lyrics up on the screen, just in case you are one who has always had a hard time understanding The Boss. I mean, how kind is that?

That said, it’s this same “kindness” which really makes this film cringy at times. When attempting to discuss the heavy theme of violent racism, which plays a a large role in this movie, “Blinded by the Light” seems to be too nice to go there; when “going there” would’ve been not only interesting, but appropriate.

The following is a list of everything “Blinded by the Light” attempts to do:

And while it checks all of these boxes, it does so with all of the gusto of an after school special. All of this is the underlying problem. “Blinded by the Light” is kind. It has heart. It’s funny at times. The premise is intriguing, the movie simply is not.

The acting from our protagonist played by Viveik Kalra, is fine. He has a face that relays distress, which is a good thing. This film’s additional flaws stem more so from the script and how poorly the supporting characters were written and how jumpy the timeline gets near the end.

Final Thought: The few times it becomes a pure musical, it works exceptionally well. But the other 70% is a mix of levity, a glossy look at the second rise of skinheads in 1980’s United Kingdom and connective tissue that comes down to amateurish editing. “Blinded by the Light” is harmless and might be enjoyed by Springsteen fans, but it never really reaches its full potential.